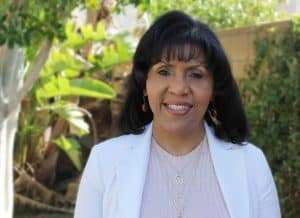 I have always felt that the philosophy or motto of a mediator or arbitrator (simply referred to as a “neutral” in this article) should be the same as those in the medical profession – “First, do no harm”. The reason for this is obvious. A neutral needs to establish trust and credibility from the beginning. A neutral needs to be able to inspire confidence in him or her self with the parties if the process, mediation or arbitration, is to have a chance of succeeding. I come from two distinct cultures (Mexican and African-American) and have worked with those from many cultures all my life. It was in undergraduate school when I became involved in international student associations that I started to pay attention and became consciously aware of cultural differences and similarities. Over the years I sharpened my awareness and began to impart what I have learned to my colleagues and ADR students and mentees. This article is just a brief sharing of some suggestions that might be of help to those acting as a neutral in particular, and in the legal profession, in general.

First, let me start with a disclaimer. I am of course, first, last, and always, an attorney. This article is not a comprehensive treatise on what should and should not be done in certain culturally diverse situations, nor is it meant to contain the “A to Z” rules for how to conduct culturally diverse processes. This is written to share a few practical tips that might be helpful and hopefully will lead the readers to consider following up with research of their own for more information.

It should not come as a surprise to anyone that the numbers of culturally diverse individuals in the United States in general and Virginia in particular is increasing substantially. According to QuickFacts from the U.S. Census Bureau (1), White persons not Hispanic make up 65.6% of the Country’s population, African-Americans make up 12.8%, Hispanics make up 15.4% Asians make up 4.5%, American Indian and Alaskan Natives make up 1.0%, Native Hawaiian and Other Pacific Islanders represent .2% and Persons Reporting two or more races make up 1.7%. In 2008 the Country’s population estimate was 304,059,724 people. Based on that number, even one percent is 3,040,597.24 people! The same set of statistics report that in 2000, foreign born persons made up 11.1% of the population. I don’t know what the statistics are in 2009, but I would find it surprising if the numbers of culturally diverse (non White) individuals have not increased. In any event, an effective neutral needs to familiarize him or her self with the cultures in the environment in which the neutral serves. I therefore make the following five practical suggestions for neutrals who find themselves working with culturally diverse individuals – not as a means of stereotyping, but as tools to provide assistance as appropriate in the ADR process.

Practical Suggestion #1: Observe and Follow: By this I mean “take your cues from the culturally different individuals”. To the extent that you can follow suit and still maintain your role as owner of the process – demonstrating control and following proper neutral rules and procedures, you should endeavor to behave as these individuals if the behavior is not problematic, but conducive to creating a comfortable and civil environment. How are they acting toward each other when civil, and how do they act toward you? Are they soft spoken to you? Do they look you in the eyes? Do they address everyone by their surname? Watch their eyes and expressions. Do they appear to be offended by a particular behavior, item, or observation? Are they acting in a familiar manner with anyone? If so, who? If not, don’t try to give them a “big ol’ down home” relaxed welcome! They are likely to find it offensive. If they keep their jackets on and do not loosen their ties, your attire should appropriately mirror their formality to the extent possible. Too often I have found neutrals who figure that they should just do things as they always do and it’s up to the client to adjust, not the neutral. I can tell you that my experience and the experience of others has been that when the neutral adjusts to the extent practical and possible, the culturally diverse clients feel more at ease and are appreciative on a sub-conscious level if not a conscious one. Very often things will shift a little as the process progresses and the client will start to do a little adjusting themselves.

Practical Suggestion #2: Be Mindful of Personal Space: Pay close attention to the participant’s preference for personal space and guide your placement at all times and the placement of the other participants accordingly. The last thing you want to do is place the culturally diverse participant(s) in a place where they are uncomfortable. At best they may be unable to focus; at worse they may become miserable and act accordingly. There are some, Nigerians for example, who like to minimize the space between themselves and another with whom they are conversing. Usually that space is considerably closer than those of us raised in the U.S. prefer or are comfortable with. To a Nigerian, a person who backs away is saying “I don’t want to get to know you or share space with you”. If possible and unless there is a good reason for not, hold your ground when you feel a culturally diverse person may be invading your personal space, as long as you do not think or feel that they are deliberately acting aggressively towards you. Remember, “First, do no harm!”

Practical Suggestion #3: Be Sensitive to Pace: We in the United States are often told we move too quickly on things and are impatient. Asians tend to be more meticulous than we native born U.S. citizens; even when they (the Asians) are facile with the English language. I always have quite a balancing act when I have mediation with an Asian not born in the U.S. and a U.S. non-Asian native. The U.S native wants to move things along and the Asian wants to slow the pace down so that they can carefully manage and address the details. Know that you may be called upon to slow the pace down, perhaps take more breaks, and allow time to extend preliminary civilities when working with non American-born Asians and other groups with similar cultural customs or practices.

Practical Suggestion #4: Make Preliminary Inquiry: When you are meeting with someone from an ethnic group or country with which you are unfamiliar, make inquiries and, or, do some basic research. Perhaps you know someone who is familiar with that particular culture. Go to a book store or do a preliminary search on-line for some basic information so that at least you can avoid doing something offensive. You may be surprised at the wealth of information available from various sources. All you have to do is look around and ask for information. A quick and brief search or inquiry could help you avoid a problem in the first instance and, or save you the time it would take to try to repair any damage done as the result of an avoidable mistake on your part.

Practical Suggestion #5: Scrutinize Your Environment: We are so use to our environment that we often no longer see what is there and certainly not as others may see it. When a decision is made as to the location of the arbitration, mediation or other ADR meeting, closely scrutinize the environment where the process is scheduled to take place. Is there anything that might be considered offensive to the culturally diverse participant(s)? If food is being served and the participants are Hindus, do you have the beef next to or touching the vegetables? What kinds of artwork or artifacts are present? What about the meeting location? Is the meeting location next to a place that might be uncomfortable for the culturally diverse participant(s) to traverse? Again, if you can avoid something that might offend or make the culturally diverse participant uncomfortable, it would be helpful and more productive to do so.

These are just a few practical suggestions for neutrals that might make working with culturally diverse individuals more comfortable and easier for all parties involved.

Ms. King is a member of the Virginia, Pennsylvania, and D.C. State Bars. She also serves as a University of Richmond School of Law Adjunct Professor of Mediation. She previously served on the Virginia Bar Association Joint ADR Council (2015 Chair), and served for several years on the Governor of Virginia’s Interagency Dispute Resolution Council. Ms. King currently serves as a board member of the Virginia State Bar Disciplinary Board by appointment of the Virginia Supreme Court and has been active with the Hispanic Chamber of Commerce, Hispanic Women in Business as well. Se habla espanol.

Child Custody & International Travel — What Are Your Rights?

Co-parenting after a divorce or separation is tough at the best of times, but when your ex-partner wants to involve your child in situations you don’t feel comfortable with — like international travel — things become even more complex. You might feel helpless, but there’s a good chance you can exercise your rights to have…
Read More →

As a parent, few things are more important than doing whatever it takes to give your child the best chance in life. Sometimes, that means moving to a different state. But how does that work if you’re planning to relocate and your co-parent doesn’t agree? Or, on the other side of the fence, how will…
Read More →

The Future of Virtual Mediation

Now that restrictions from the pandemic are finally fading away and the world is preparing to return to “business as usual,” you might be anticipating waving goodbye to video calling services for good. But don’t get too ahead of yourself because many in the legal profession believe it could be here to stay. Now that…
Read More →